Femlead is a response to recognizing the startling change in the aspirations of young girls after they left Healing Focus Orphanage Centre (HFOC) Primary School.

Having completed the HFOC education and having received excellent exam results, the girls were confident and expressive. They aimed high, hoping to have professions of note, to become for example doctors or lawyers. But after 4 years of secondary education the same girls had either dropped out or graduated crippled by feeling worthless and unintelligent. Somewhere during those years they’d lost confidence in themselves. They no longer had any expectation of further education or independent achievement. 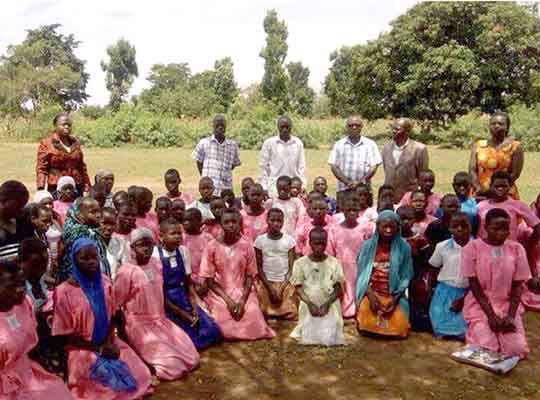 Esther Bagoole, co-founder of HFOC Primary School, needed to find out what had caused such a disappointing change. She wanted to ask the girls themselves what had happened and what could be done to regain their ambition and reach their full potentials.

In order to answer some of the questions raised, Esther planned and conducted a pilot workshop for the girls in Busiiro Secondary School. Disturbed and motivated by what she learned there she then set about preparing a series of workshops. She was supported by 3 independent feminist women from France, the UK and the Netherlands – Maggie Scott, Liza Cody and Jessie Gordon.

view Ugandan board
view non-executive board

Now more than two years later the first workshop has grown into a collection of vital life changing activities and the establishment of Femlead as a registered NGO.

Femlead with Esther as Managing Director is developing and offering more workshops. They have been structured so as to allow the girls themselves to develop day to day support systems. These help them combat abusive situations and challenge anyone who misuses a position of authority.

Femlead is also working in the community to educate and support parents and guardians, seeking to create a cultural shift of attitude towards the Girl Child.

Sometimes abuse of girls makes it necessary to facilitate counseling services. Sometimes the police have to be involved. And sometimes Femlead has been instrumental in encouraging punitive action taken by the headmaster of the secondary school.

Because so many problems are caused by poverty, Femlead is researching, and intending to set up, a cottage industry that will alleviate some of the miseries caused by lack of feminine hygiene.

Femlead helps young women discovers their full potential, presenting to them life skills and basic knowledge that builds their character. Femlead core focus is to empower young girls with skills and knowledge that propels them to achieve their goals in life.